See the sights of London on your commute, or for pleasure. Fenchurch Street Station is only a 30 minute walk to many London landmarks and locations. We’ve made a handy walking guide to stretch your legs, get some fresh air and those steps in!

Travelling from South Essex into London? Get there from £12 return with our Online Advance fare, bought 3+ days in advance. You can now buy super off-peak tickets on c2c Smartcard, making your journey quicker and easier. Find out more about Smartcard.

From Fenchurch Street Station you can get to London Bridge station via Tower Bridge or London Bridge. For either bridge, head towards Byward Street. From Fenchurch Street station’s main entrance you can do this via Seething Lane, or from Cooper’s Row exit head past Trinity Square Gardens. To cross the Thames at Tower Bridge (route A), head towards the Tower of London, this will lead you over to City Hall and Butler’s Wharf for plenty of bars and restaurants.

To cross at London Bridge (route B), head away from the Tower of London and down Lower Thames Street and past Monument. This will lead to Borough Market and Southwark Cathedral with views of Tower Bridge and HMS Belfast.

To get to the Southbank you can either cross the river by going over London Bridge or Millenium bridge. If you are crossing the river at London Bridge, see route 1A to Southwark Cathedral and Borough Market. Following the Southbank from here you will pass the Golden Hinde and Shakespeare’s Globe to Tate Modern.

If you are crossing at Millenium Bridge, follow walking route 1 but instead of crossing London Bridge head towards Cannon Street. At Mansion House station go down Queen Victoria Street to cross Millenium Bridge to get straight to South Bank and Tate Modern. By heading under Blackfriars Bridge and past the Oxo Tower you can continue your walk along the South Bank to Waterloo, Westminster and beyond! 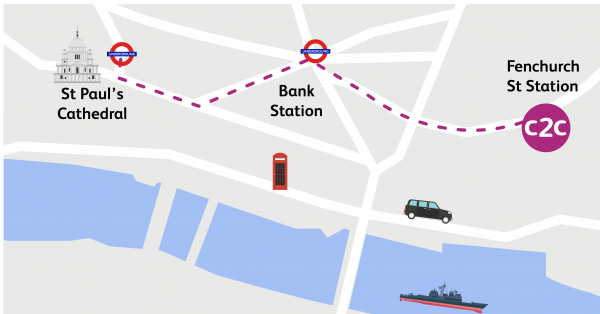 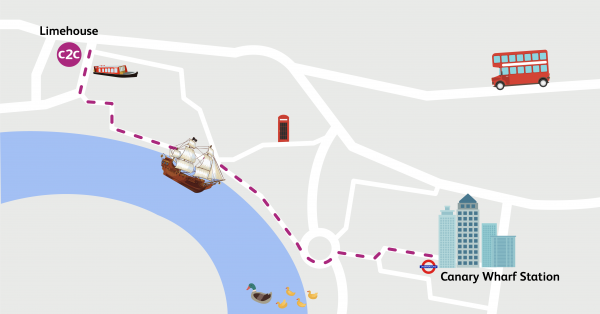 From Limehouse station head towards the river, walk along Narrow Street, past The Grapes (Walter Raleigh set sail on his third voyage of the New World outside), head towards the Museum of London Docklands and to the Canary Wharf offices or the shopping centre. 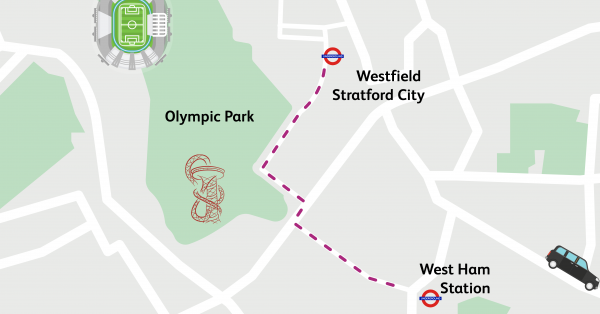 Due to engineering works our trains may not stop at Stratford but will stop at West Ham instead. If you are heading to Westfield or the Olympic park you can walk from West Ham station. West Ham is only a 30 minute walk to Westfield shopping centre. The walk takes you towards the Olympic park, past the Aquatics centre and straight to the top level of Westfield for restaurants and shops.

Things to do in London

Secret London takes many forms, from mysterious buildings to quiet green spaces. Follow our guide to find nine of the city’s best hidden gems. Plus remember to check out our…

The Best Shopping in London – from Spitalfields to Westfield Stratford

Travel from South Essex to London return for £12 with our online advance tickets London has plenty of places to shop up a storm, from department stores, designer boutiques and…