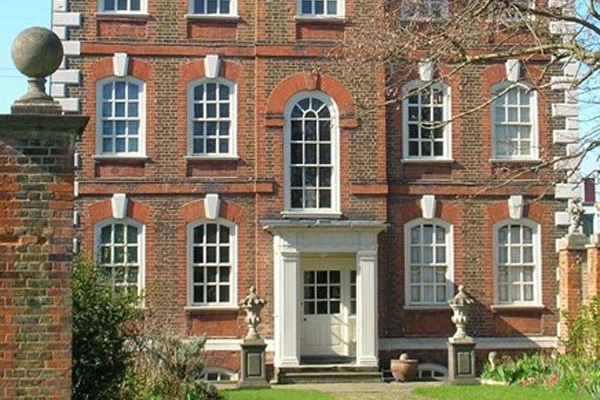 London and South Essex is home to a number of grand historic houses that hark back to another era. Anyone with a passing interest in Britain’s varied history will find them a joy to explore, their sprawling grounds and cultural richness are the perfect distraction from everyday routine.

A charming and remarkably fine example of a Queen Anne house, Rainham Hall was built in 1729 by a ship’s captain, John Harle. Once a focal point for the enterprising merchant’s river trading activities, the hall and its surrounding buildings contributed to the development of Rainham Village in the 18th century.

Thanks to the generous support from the Heritage Lottery Fund the National Trust is working to restore and open this hidden piece of history. The restored house and gardens will be open to the public from the summer of 2015.

The Geffrye Museum explores the way people have lived and still live. Their collection of rooms show how homes have been used and furnished over the past 400 years, reflecting changes in society and behaviour as well as style, fashion and taste. A series of period rooms lead visitors on a walk through time from 17th century oak furniture and panelling, past muted Georgian elegance and eclectic Victorian style, to 20th century modernity and contemporary living.

Described by the National Trust as an ‘important brick-built Tudor gentry house’, this gorgeous merchant’s house was commissioned by Clement Sysley during the reign of Elizabeth I. Early 17th century wall paintings and the exposed timbers create an air of profound history and wealth and the peaceful walled garden is a delight to explore – look out for bee boles resting in the alcoves.

The first Saturday of each month is Family Day, with a varied programme of children’s activities and other events.

It’s not often you find a listed building in the middle of a town, but that’s exactly what Southchurch Hall is – a half-timbered, Grade I listed moated house dating back to Medieval times nestled in the heart of Southend. Home to farming families until the 1920s, it’s been listed in the Jenkins ’Top 1000 Houses in England.’ Original smoke-blackened timbers can still be seen along the roof and there’s a grand open hall reflecting life in the Middle Ages.

Not much of Tudor Britain survives in 21st century London, but there is one house that has, despite the odds, made it through the centuries escaping the great fire of London, war and the Blitz. Sutton House is a Tudor house built in 1535 by prominent courtier of Henry VIII, Sir Ralph Sadleir. Since its hay day the house has had an eclectic array of occupants from Huguenot silk weavers to squatters. Now in the hands of the National Trust Sutton House has been restored and is well worth a visit.