The world famous concert arena and entertainment complex has become a staple destination for tourists, music concert goers and fun experience seekers in general. The O2 is easily reachable from both London and our other Essex stations, making it a no-brainer as a top spot for a fantastic day out. 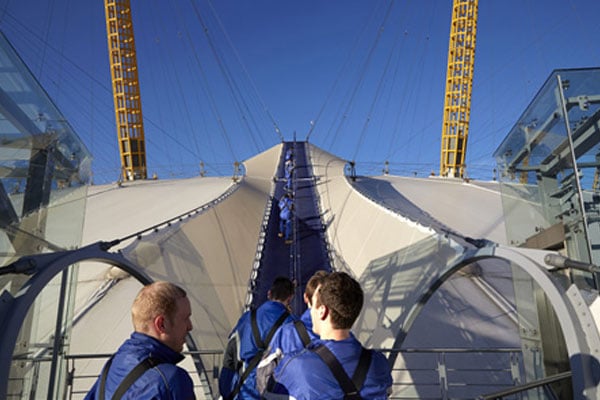 The great thing about The O2 is that it never just has one thing you can experience. Of course nowadays it’s most commonly associated with music gigs for top bands and artists, however there’s so much more going on underneath that big white tent. The O2 also hosts sporting events, some of which being tennis, basketball and boxing. There is now also the popular ‘Up at The O2’ experience, where you can literally walk up and over the entire dome, giving you views of London to take your breath away.

Other things you can also do there include tenpin bowling, a cinema, a trampoline park and dozens of bars and restaurants. Keep an eye out for exhibitions there too, as there’s always something new and exciting to look forward to at The O2.

The history of The O2?

For many, The O2 will always first and foremost be the ‘Millennium Dome’, a structure designed and built to celebrate the turn of the new millennium into the year 2000. Originally used as more of a large exhibition space, however in the early naughties it began its evolution into what we’re more familiar with today.

An interesting fact about the building itself, and that some are still unaware of, is the significance to the tall yellow spires that make it such a recognisable landmark. In actuality, the 12 100m high support towers symbolise the 12 hours on a clock, which pays homage to GMT (Greenwich Mean Time) as it resides on the Greenwich Peninsula, an area close to the famous Royal Observatory Greenwich. 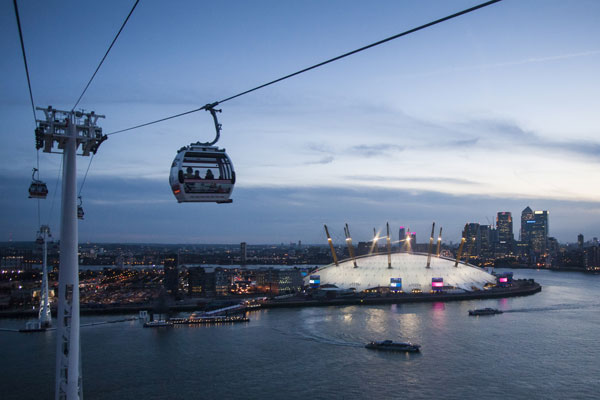 Luckily, The O2 has a train station quite literally on its doorstep and is easily reachable from the c2c route. North Greenwich Station is located on the Jubilee Line in Zones 2 & 3, so whether you’re coming from London or further afield in Essex, make your way to West Ham Station to change for the Jubilee Line – approximately 10 minutes from Fenchurch Street and 45 minutes from Southend Central. West Ham to North Greenwich is roughly 5 minutes.

For our cheapest Adult Off-Peak tickets, simply buy online three or more days in advance and save on your train fare. Kids also travel for £2 over the weekends.

Find the best value ticket for you