Hadleigh Farm has evolved a lot over the past century. Originally part of William Booth’s “Darkest England” scheme, it now serves primarily as a commercial farm for the public. This English Heritage site is a continuation of the environmental and socially progressive values Booth put forward many years ago. 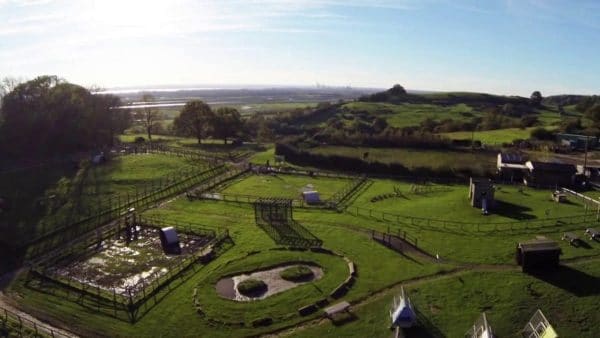 Originally, the farmland around Hadleigh was well known for its extremely poor quality and was colloquially referred to as the “Hadleigh badlands”. It was eventually repurposed by William Booth and his Salvation Army as a prime location to execute the skills that were taught at the Country Colony.

In just 9 months the farm saw its volunteers grow from 48 to well over 250, championing its philosophy to help the more in need and exchange food and shelter for their labour and agricultural work. Over the years Hadleigh Farm became a safe haven for many; with the outbreak of the Spanish Civil War in 1936 the British government agreed to look after many Basque refugee children, some of which ended up at Hadleigh. In 1939 the farm also provided refuge for nearly 70 Jewish people fleeing persecution in Germany.

Now, Hadleigh Farm is a welcoming destination for animal and nature lovers alike to walk freely around the grounds. It also employs and trains people with special educational needs for personal and professional development. 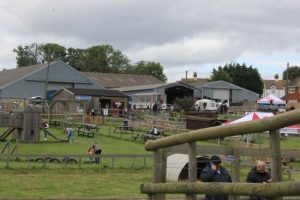 What to see and do at Hadleigh Farm

Hadleigh Farm is a fantastic destination for the family, and for people of all ages. Its combination of open nature and environmental conservation makes for both educational and all round family fun. Their rare breeds centre houses rare sheep, ponies, pigs and poultry, all open for the friendly faces of the public to visit. Find out the latest entry prices here.

Walks around the estate offer a brilliant historical insight into the Hadleigh Farm area, which also includes the 14th century Hadleigh Castle and the revitalised commercial farm. You’ll need to download the Go Jauntly app to follow along, and you can choose from the full loop or a shorter trail.

There’s also a locally renowned tea room, offering up top quality food, drink and atmosphere. This is currently closed but may re-open soon – check here for updates. The servers are all trainees from the Hadleigh Training Centre, which works with the Salvation Army to re-train people with special educational needs. There’s also a souvenir shop next door which sells uniquely homemade goods and produce.

The Farm puts on weekly events, including walks for little ones and bigger ones and crafting afternoons. Over the summer they organise food and cultural events, with celebrations of the Caribbean, Spain and the USA all coming up this summer. See their latest events here.

Hadleigh Farm makes for a fantastic and memorable day out with a loved one or the whole family. Just try and make it on a blue skied sunny day! 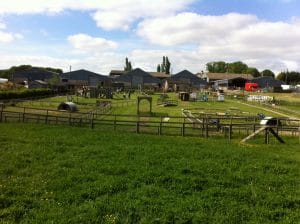 How to get to Hadleigh Farm

Hadleigh Farm is located between Benfleet and Leigh-on-Sea and is easily walkable from both c2c stations. The walks can take up to 50 minutes, but are extremely scenic and pleasant to walk (weather permitting!) It’s also possible to get the bus from either station.

Take the train from London Fenchurch Street which will go direct through to Benfleet and Leigh-on-Sea, and continue to Shoeburyness. The journey time from London is between 42 and 48 minutes to Benfleet and Leigh-on-Sea respectively, depending on which train you use. There are approximately 4-6 trains per hour on a weekday, depending on peak or off-peak travel time and return train tickets bought online more than three days in advance are £11.40. Plus kids travel for £2 at weekends and during school holidays!

Whether you’re travelling in a group or have the kids with you, explore our great value ticket offers to make sure to get the best deal for you. Check out our app and Smartcard for the quickest way to buy your tickets in advance and avoid ticket office queues.