A beautiful park located a stone’s throw from Chalkwell Beach, filled with ornamental and environmental gardens and colourful bedding displays, it even has a rose garden recognised by the National Rose Society; it really is a picture perfect walk in the park.

But more than that, Chalkwell Park has a lot more on offer than you might readily assume. The park is home to a local arts company, Metal, which hosts a number of events in the park throughout the year. There are plenty of sports facilities here too, such as football, cricket, tennis, basketball, a skate/bmx park and two children’s playgrounds.

History and Culture of Chalkwell Park

The park has been around for nearly 200 years and has brought joy to both local residents and out of town adventurers. The land that surrounded the Chalkwell Hall was eventually purchased by Southend-on-Sea council for approximately £20,000.

The park’s cricket ground was first used by the Essex County Cricket Club in 1934 for County Championship matches, and soon after for List A matches in the 70s. 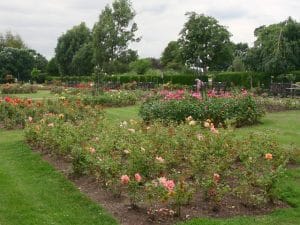 What to see at Chalkwell Park?

Keep an eye out for the local arts company, Metal as they host and put on a show of various events throughout the year. They’re revered by the local community as a consistent display of creativity and communion for all who attend.

There is also a rather unique aspect to Chalkwell Park that is sure to be a family favourite, as there is a small petting zoo near the centre. However, this enclosure only houses brightly coloured peacocks. An attraction that warrants a visit solely on this basis!

If you’re also keen to stay a while but need some energy refills, there’s a very popular cafe located in the grounds which offers up all the fan favourites for a day in the park. 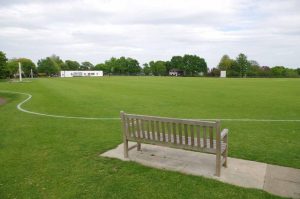 How to get to Chalkwell Park

Take the train from London Fenchurch Street which will go direct through to Chalkwell Station, and continues bound for Shoeburyness. The journey time from London is approximately 46 minutes. There are approximately 5 trains per hour on a weekday, depending on peak or off-peak travel time, and train tickets bought more than three days in advance are £10.95.

Whether you’re travelling in a group or have the kids with you, explore our great value ticket offers to make sure to get the best deal for you.