It’s an often quoted statement that going by train is greener than going by car, but it can be hard to believe that a rail company has green credentials. To celebrate World Environment Day we meet Mark Manser, Health, Safety and Environment Manager here at c2c to talk all things green.

Two years into the job, Mark has already achieved success with his broad role, which spans not only the environmental responsibilities but customer and staff health and safety, too. He likes to think of it as an all-round safety role, saying it’s a rewarding role due to its breadth, “helping to keep staff, passengers and others as well as the environment safe”. 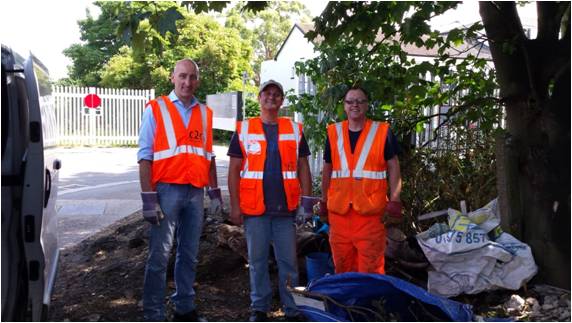 Mark Manser in the middle with his team, Clive Peddar and Vic Newby

Looking to the (green) future

When at his desk, instead of being out around the network, Mark spends time planning future projects, as well as managing those already in place. “We have held the ISO 14001 for some time now” Mark tell us about the highly desired international standard that specifies requirements for an effective environmental management system. It’s one that maps out a framework that we follow​. “It also recognizes our achievements and commitment to continual improvement of environmental matters”.

Mark is most proud of his work on biodiversity sustainability for c2c. Over the life of the current franchise, he has a whole series of projects planned, designed to support biodiversity along the route. One of them, he tells us, is to create a bee friendly ‘corridor’ – basically bee-friendly flowering habitats that run from Shoeburyness right into Fenchurch Street to encourage our little pollinators. This is done through developing and replanting unused land and growing plants. 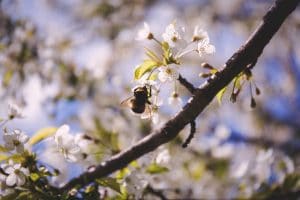 Green initiatives are the bees knees

Work on the project kicked off with the reclamation of an overgrown piece of land at Shoeburyness station​. Mark told us that this particular piece of wasteland was, “Used as a dumping ground for waste and being used by locals for all the wrong reasons”. The Safety Team designated this plot for their Community Hours – a scheme where office staff can donate hours to a cause or charity of their choice. Mark talks with obvious pride and a hint of the hard work involved when recalling that his team (including fellow environmentalists at c2c Clive Peddar, Martin Lacey and Brian Noble) removed around 80 sacks of waste from the site.

Working with Railscape (using recycled track clearance waste) they’ve now created a beautiful and meandering lined and woodchip path throughout the 2200m sq plot. In developing the plot, the new path has also opened up access to an abundance of fruit trees and blackberry bushes. The local Shoebury scout group have adopted the plot and and visit occasionally to practice woodcraft skills “and probably (along with other members of the local community) to enjoy some scrumping” Mark reports. 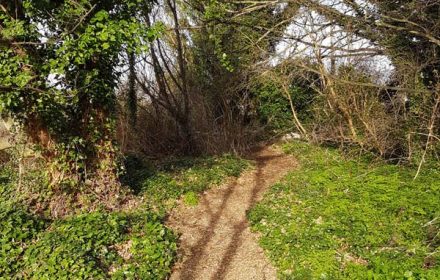 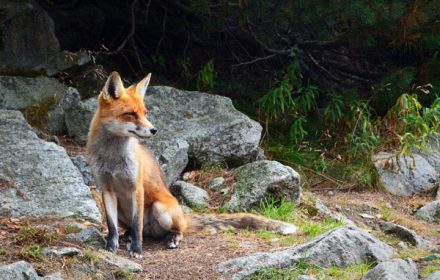 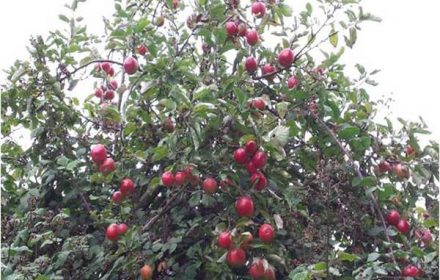 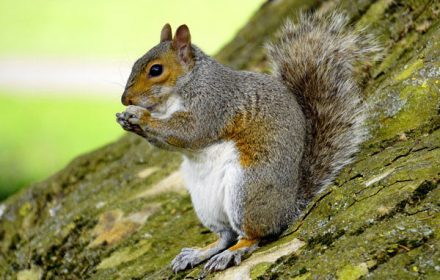 Energy initiatives that grow on trees

On future projects, there are some unusual ideas in the pipeline, too. The next one being a specially made artificial tree with wind turbines for leaves at Pitsea station. The tree will generate electricity for the station, using specially designed aero leaves. “It’s an eight metre tall tree-shaped wind turbine, fitted with 63 aero leaves, with tiny blades inside each leaf” Mark tell us.

“The leaves will be able to generate electricity even in low wind speeds and regardless of wind direction”. And the best bit of the project is that the trees are silent, meaning no noise disturbance for passengers, the public or people living nearby. Talk about wind power – we can’t wait to see the result.

The stats that wow – 100% recycling success

c2c should be extremely proud of its recycling efforts  and exceeding DfT (Department for Transport) targets, on recycling and environmental commitment. “The DfT criteria against their target for recycled waste [cans, paper, cardboard, glass, and some plastics] is 90% and our combined rate is 100%” Mark reports. That’s broken down, if you’re a fan of details, as, “Total station non-hazardous waste sent for ​recycling (March 2019) was 99.44% with the remaining 0.56% being sent for Energy for Waste”. Energy for Waste is where waste is used to generate energy, the byproduct is put back into construction materials for road building and the like. Impressive stuff.

How everyone can be a bit greener

On our commitment to World Environment Day and our individual efforts, Mark says that everyone can get involved and make a difference, saying, “We don’t have to make grand gestures. If we all did something, no matter how small, collectively we can make our mark”.

Some examples from Mark are:

Finally, Mark’s advice is to get outside more and then we’re more likely to protect what we love.  “We’re doing what we can to protect it, but when was the last time you went out and enjoyed it?” he reminds us.